Performance Testing And Its Types 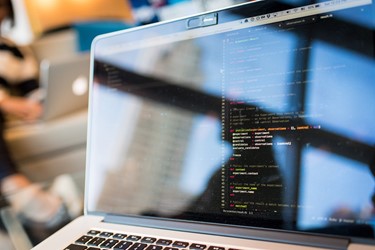 Performance testing is a type of software testing that focuses on how the system runs under certain circumstances. It determines the speed, responsiveness, and stability of a computer, network, software program or device under a workload. A performance testing company can help identify the nature or location of a software-related performance problem by highlighting where an application might fail or lag. Performance testing can also verify that a system meets the specifications claimed by its manufacturer or vendor. The process can be used to compare two or more devices or programs.

There are many common issues that performance testing can uncover, such as bottlenecks. An interruption in data flow due to limited capacity is called a bottleneck. Bottlenecks can occur, for example, if you have a sudden surge in traffic that your servers are not equipped to handle. Bottlenecks are just one of many problems that can occur when your website isn’t scalable. Poor scalability can cripple an application’s performance resulting in delays, errors, and memory leaks.

Although web page testing tools are helpful and can give you a quick overview of a website’s speed and overall performance, a performance testing company conducts a more thorough analysis using a variety of tests including:

Stress Testing: Unlike load testing, stress testing measures system performance outside of the parameters of normal working conditions. The software is given more users or transactions that can be handled. The goal of stress testing is to measure the software stability.

Spike Testing: Spike testing is a type of stress testing that evaluates software performance when workloads are substantially increased quickly and repeatedly. The workload is beyond normal expectations for short amounts of time.

Scalability Testing: Scalability tests assess how well your application responds to increased workloads. Unlike spike tests, scalability tests involve gradually increasing workload while monitoring the effects on performance. You may also find that your resource usage fluctuates while the workload stays the same.

Volume Testing: Volume testing determines how efficiently software performs with large, projected amounts of data. It is also known as flood testing because the test floods the system with data.

Ray Parker is a Senior Marketing Consultant with a knack for writing the latest news in tech, quality assurance, software development and testing. With a decade of experience working in the tech industry, Ray now dabbles out of his New York office.